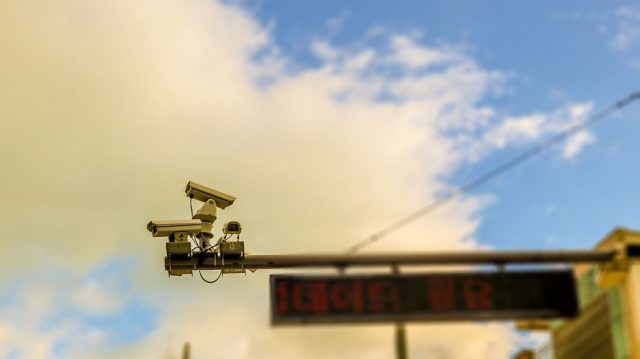 The state of Oklahoma announces its partnership with Rekor Systems for the installation of a camera network meant to identify and catch uninsured drivers.

The state’s Uninsured Vehicle Enforcement Diversion (UVED) Program plans to launch a crackdown on uninsured drivers by using surveillance cameras equipped with a case management system. The state is several weeks away from distributing automated license plate readers across state lines. Rekor Systems is the second private contractor for the project that was conceptualized two years ago. The case management system allows for respondents to enroll in the program for a minimum fee to avoid being prosecuted under the law.

The system works by detecting vehicles with Oklahoma plates in them. The cameras take a photo of the plate, while the system checks it against the database of registered vehicles in the state. This is where UVED determines if the car is uninsured because it’ll be tagged in the database when it’s not. Those found driving an uninsured vehicle may avoid a court date if they accept responsibility.

The vehicle owner receives a letter with an offer from the local government to enroll in a diversion program. The program seeks to keep the parties out of court. It costs $174 and allows the vehicle owner to avoid legal action for two years. It’s a sensible proposition considering that a citation of this nature costs $250, excluding legal fees.

Speaking to The Oklahoman, UVED Director Amanda Arnall Couch revealed that the system is equipped with two levels of human oversight. In other words, the car owner will only get a notice after a thorough investigation.Couch added that if UVED doesn’t get a response from the respondent, the case is handed over to the local district attorney for possible charges.

There’ve been no prosecutions and involvement of lawyers in OKC so far. The program has over 24,000 enrollees to date, with the revenue from the fees handed out to UVED, Rekor Systems, Oklahoma Insurance Department, and police/firefighter pension.

Apprehending car owners with no regard to insurance is mandated by the law, and anyone who fails to pay for coverage can be prosecuted. The UVED program is a remedy to criminal prosecution. Instead of facing the possibility of a fine and jail time, those caught by UVED’s cameras may seek assistance from lawyers in OKC to be enrolled in the program. There is little difference in the cost of the citation and that of the enrollment fee, but apprehended vehicle owners will shoulder court and legal fees should they choose that direction.

The project hopes to install ten cameras this month, intending to set up about 50 cameras in the following months. UVED is currently working with the Department of Transportation to install the cameras in high-traffic intersections and some rural areas. The plan is to reinforce the project with highway patrol vehicles, but that has yet to gain ground while the project is still underway.

The Use of Metaphors, Simulations, and Video games to Train Worldwide Relations