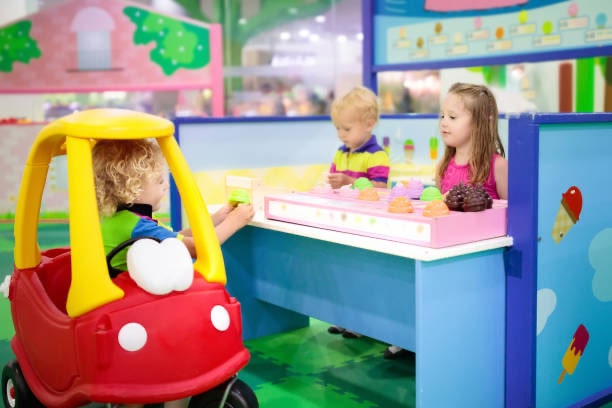 According to a new study, children who attend centre-based childcare are less likely to be overweight or obese than those who do not.

The study, by the University of Montreal and the CHU Sainte-Justine Research Centre, looked at data from over 6,000 children aged four to five years old.

It found that those who were in childcare centre were less likely to be overweight or obese than those who were not. “This is the first study to our knowledge that has looked at the association between centre-based childcare and childhood obesity,” said lead author Marie-Claude Geoffroy.

“Our findings suggest that centre-based childcare may have a protective effect on weight status.” The researchers say that the reasons for this are not clear, but it may be because childcare centres provide more opportunities for physical activity and healthy eating.

The study, conducted by the University of Montreal, looked at data from over 3,000 Canadian children aged 4–5 years old. They found that those who attended centre-based childcare were significantly less likely to be overweight or obese than those who did not (15% vs. 23%).

There are many possible explanations for this finding, including the fact that childcare centre typically provide healthier meals and snacks than what families would otherwise have at home. In addition, children in centres are often more active than their peers who stay at home, as they have access to playgrounds and other outdoor spaces.

Children are also less likely to be sedentary in childcare, as they are constantly engaged in various activities. Geoffroy and her team say that their findings suggest that centre-based childcare may have a protective effect on weight status and that policies should be put in place to encourage families to use these services.

Childcare centres can play an important role in the fight against childhood obesity. By providing nutritious meals and snacks, as well as opportunities for physical activity, they can help children develop healthy habits that will last a lifetime.

Michaela Kucab, a graduate student at St. Michael’s Hospital, states that although more research is needed, the findings of this study suggest that centre-based childcare may be one way to help prevent childhood obesity.

“This is an important finding given the current epidemic of childhood obesity,” she said. “Interventions that can prevent or reduce the risk of overweight and obesity in early childhood are critical, as early-onset is associated with greater severity and longer duration of problems.”

The findings of this study add to the growing body of evidence suggesting that centre-based childcare can have a positive impact on children’s health. For example, a recent Canadian A A study found that children who attended a licensed childcare centre were more likely to meet physical activity guidelines than those who did not.

If you are considering enrolling your child in a centre-based childcare program, these findings suggest that it may be a good choice for their health. Not only will they have the opportunity to socialize and learn new skills, but they may also be less likely to become overweight or obese.

Ethiopia’s Tigray battle: How the TPLF has outflanked the military

Chrissy Teigen Shades John Legend Over His Probabilities to Beat Ariana Grande on The...

Sebastian Whittell - October 30, 2021
Lindoron News is your news, entertainment, music fashion website. We provide you with the latest breaking news and videos straight from the News industry.
Contact us: contact@Lindoron News